Since June 2012, online visitors searching for vehicles in the Bay area were directed to inventory of local dealers from Google’s homepage. But starting last week, Google began informing Google Cars users the program is only on hiatus.

“The Google San Francisco Bay Area car search beta program has been discontinued as we focus on building the next version of our experience for car-related searches. Stay tuned for more news!” read a message on the Google Cars webpage.

A Google spokesperson declined to comment on the reason for discontinuing the program, as well as if and when it is slated to re-launch. “We are concluding the car search beta in the San Francisco Bay Area as we focus on building the next version of our experience for car-related searches,” he said in an email. “We remain committed to the space and look forward to sharing more news soon.”

Although some in the auto industry have taken this as a sign that “Google failed,” Brian Pasch insists the program “is not dead.” He is the CEO of Eatontown, N.J.-based PCG Digital Marketing, a firm that closely follows auto-related activity at Google.

“[Google is] retooling the project to add some additional functionality that they realized they had to add. … Some of the industry pundits were giggling or happy that they thought Google failed,” Pasch told F&I and Showroom at this past weekend’s NADA Convention and Expo in New Orleans. “I wouldn’t count them out. Google has the ability to do anything it wants. Some of the people said, ‘Oh wow. Google finally found out how hard it is to be in the car business.’

“That’s not why the program got put on hold. They know the potential of the program, and they know that it will be a revenue stream,” he added. “They are very concerned about doing it right because of the regulations in each state. Compliance is very high [priority].”

Drive Satisfaction and Loyalty With Amenities 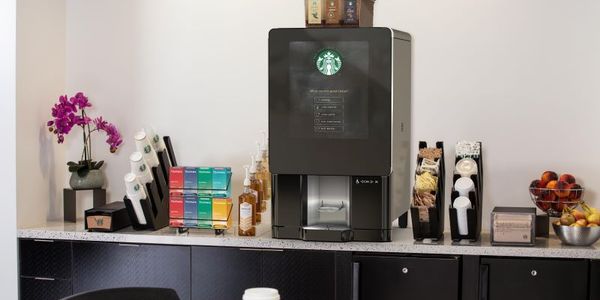 Improve your CSI scores and delight your customers every time they visit with the fresh Starbucks® coffee they know and love, ordered right from their smart phone.

Available for trucks classed as medium duty and those fitted with lift kits, this new offering gives dealers an opportunity to offer extended protection for these vehicles—which comprise a growing segment of US auto sales.

[WEBINAR] How to Receive Retail Rates for Your Warranty Claims

Join us for a free webinar and discover how to add at least $150,000 to your bottom line with the right legal expertise.

Businesses that receive cash payments of more than $10,000 must report these payments to the IRS – it's the law.

Agents and dealers should be taking time to review their complete lineup of F&I program offerings and portfolio of services to ensure they have the right makeup of value-added products for customers.

When the pandemic subsides, I am convinced that the recent lessons learned will give the automotive industry new opportunities to thrive.

The customizable training platform takes Marcom’s expertise from over 30 years of training automotive professionals and helps dealerships plan, organize, and execute a strategic training initiative that will drive operational efficiency and accountability across their store.