To emphasize the importance of mobile-friendly sites for its dealers, LotLinx is backing the Google-led AMP Project, an initiative built around the idea of speed being the key factor in a mobile-first world. Accelerated Mobile Pages (AMP) should be a cornerstone of every successful dealer’s marketing strategy, as mobile is proving to be the number one source of clicks-to-contact on a dealer’s website, according to LotLinx’s founder, Len Short.

“Dealers who aren’t leveraging chat-friendly, mobile-optimized VDPs are losing money, plain and simple,” Short said. “Data shows that most people will abandon a VDP after just 3 seconds of load time, which is why LotLinx’ CX-AMPs always load in less than 1.5 seconds. CarNow will benefit from this smart and strategic integration, as our AMP project combines the power of AI with an optimized UX to create higher quality sales leads.”

Dealers using LotLinx CX-AMP have noticed up to five times more VDP conversions when tested against a control group, according to the company. In an effort to further strengthen its high-conversion AMPs, LotLinx is teaming up with some of the industry’s major leading Chat providers to improve the user experience for mobile shoppers.

As a result, LotLinx is now fully integrated with CarNow, a next-gen digital communication platform for the automotive industry. CarNow, the first of many chat providers to come on board, works with leading US dealers to improve the way they communicate and transact with customers, allowing customers to seamlessly connect with dealerships via chat, said Aaron Baldwin, vice president of business development at CarNow.

“Strong communication is the foundation of a successful dealership, and CarNow’s platform was built to streamline the customer/dealer relationship,” Baldwin said. “This alliance with LotLinx is an important step in our company’s evolution, and we’re excited to work with them to drive higher conversions that translate into sales.”

Leading up to NADA in March, LotLinx and CarNow will both be participants at the 2018 Automotive Engagement Conference (AEC), a national tour providing dealers with a “digital marketing playbook” to prepare for NADA and set them up for a lucrative year ahead. AEC’s mission is to give dealers valuable consumer measurement and engagement tools that optimize website conversions and help them rethink their overall marketing strategies. The tour’s first stop takes place Jan. 24 at the Westin Hotel in Fort Lauderdale, Fla. To learn more about the event or purchase tickets, click here. 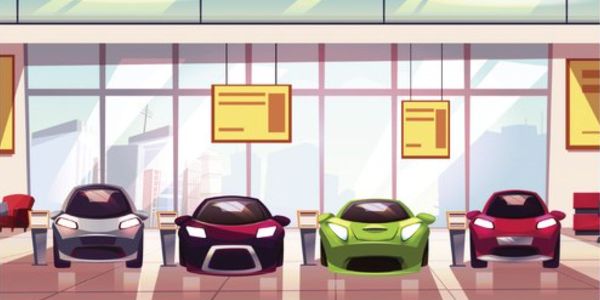