GLOBAL DATA – Germany, Japan, the US and China have been deeply economically impacted by the recent silicon chip shortages, according to GlobalData. In response, the data and analytics company has downwardly revised its real GDP growth forecasts by 0.14 percentage points (pp) for Germany, 0.23pp for Japan, 0.45pp for the US and 0.25 for China. 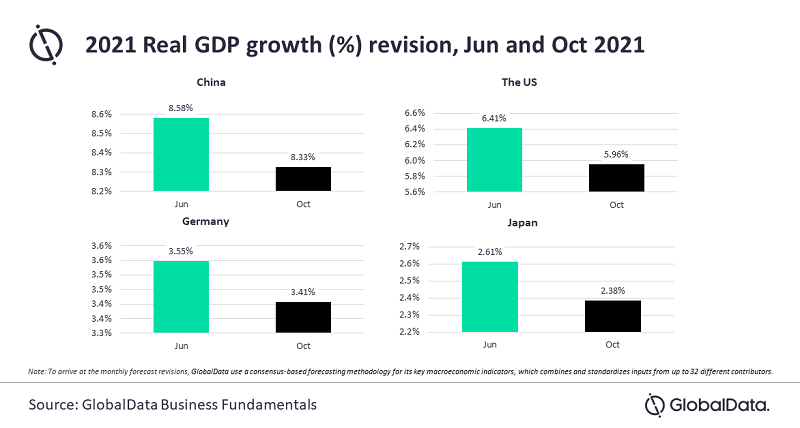 Gargi Rao, Economic Research Analyst at GlobalData, comments: “It is not surprising that Germany, Japan, the US and China have seen an economic impact from the chip shortages, as they are huge vehicle manufacturers. Vehicle sales were already stumbling in August 2021, and inventory is expected to further tighten in the coming months.”

According to GlobalData’s Automotive Intelligence Center, the light vehicle sales market declined by around 26% in September 2021 in both the West European and North America regions. The US, which saw the largest downwards revision in GlobalData’s aforementioned real GDP growth forecasts, saw a sharp decline in vehicle sales for September (24.9%) – second to the UK with a loss of 34.9%.

In August, light vehicle sales in Germany dipped 22.36% year-to-date (YTD), followed by the US (17.3% YTD), and China (10.5% YTD). While Japan’s sales were down by 2.26% in August 2021, sales are expected to fall even further in the coming months – largely due to Toyota’s 40% reduction in production, which will expand the demand-supply gap further.

David Leggett, Automotive Analyst at GlobalData, comments: “We are seeing continued disruption to vehicle manufacturers' production plans in Q4 due to the chip shortage. Long lead times to add semiconductor manufacturing capacity mean that there has been no quick resolution to supply shortages. In fact, difficulties in supply for the auto industry look almost certain to be around in early 2022, even as shortages gradually ease for some companies.”

Rao continues: “The shortage of microchips and other industrial components is hampering economic recovery in 2021 - forcing businesses and policymakers in the automotive industry to re-evaluate their supply lines. The need of the hour is to reduce reliance on a handful of Asian and US suppliers.” 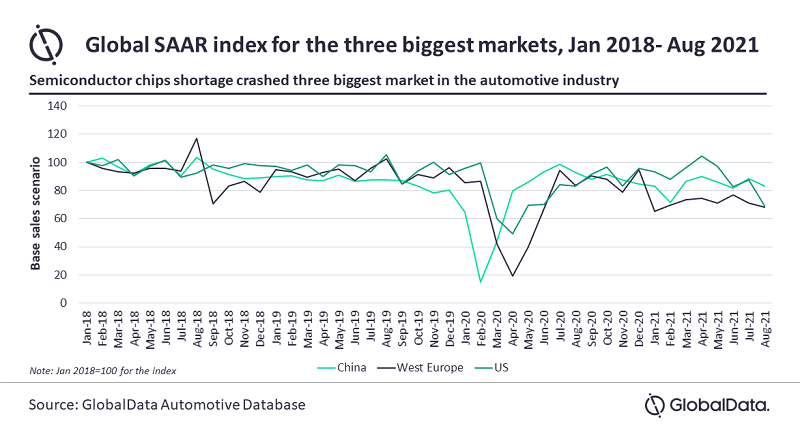 Rao adds: “The shortage isn’t just affecting the automotive sector. Consumer electronics manufacturing companies have also been deeply impacted. In the short run, retailers may pass the rising costs onto their customers, which could drive down demand.

“Further, rolling lockdowns in many Asia-Pacific (APAC) countries have disrupted global supply chains in the electronics and solar industries. Increasing demand for solar energy and rising silicon prices since June 2021 have affected the region’s manufacturing plants.

“Silicon prices are expected to remain elevated around current levels for the remainder of the year and will only be eased by an increase in production. Fears of stagflation may arise due to higher prices and retarding economic growth at a global level. The full extent of the losses is undeniably worse as many manufacturing plants are working on reduced shifts or line speeds to eke out chip supplies.”