BLACK BOOK – Here is a quick recap of industry related headlines over the last week:

The graph below shows week-over-week depreciation rates for the entire market, including Cars and Trucks/SUVs/Vans for the last several months. We previously experienced 15 consecutive weeks of consistent week-over-week increases, but three weeks ago we saw the first signs of a few segments slowing. Last week the trend continued with even more segments reversing direction. We also show an average weekly change from several previous years (grey line).

News from the Retail World (Used and New)

We are starting to see an incremental influx of used inventory coming to the marketplace that we expect to last into the first half of 2021, coming from prolonged lease return delays and downsizing of rental fleets. In addition, lenders re-started the process of repossessions as the economy continues to feel the effects of high unemployment. With much weaker retail demand, and a projected oversupply of used inventory, we forecast a significant drop in wholesale prices this fall and winter, relative to the heights seen in recent months.

Although the economic effects of the pandemic will continue to be felt as far out as three years from now (e.g. according to the July’s CBO’s economic outlook report, the unemployment rate will not return to pre-COVID levels for at least a decade and the recent Federal Reserve projections in September show unemployment above 4% for the foreseeable future), we still project that wholesale vehicle values will return to at least the pre-COVID-19 baseline by 2023. Used vehicle supply will decline significantly due to cuts in lease and fleet (both rental and commercial) sales throughout 2020 and into 2021.

This recession is very different and unprecedented in the labor market – reflecting an almost instantaneous jump in unemployment with projected fast growth and recovery within a year. The graph above compares unemployment rates for the last several major recessions. The horizontal (x) axis is an offset (in months) from the beginning of the recession.

Although we have seen a reduction in unemployment claims, the initial economic shock and job losses have created a deep hole for us to dig ourselves out of. Between February and the end of August, the nation lost close to 11.6 million jobs.

Not surprisingly, consumer confidence has been on a rollercoaster over the last six months.

The number of accounts in ‘hardship’ jumped substantially in April and kept increasing through June across all risk groups, according to the Monthly Industry Snapshot by TransUnion. The numbers stabilized in July and currently, about 6.3% of all accounts are in hardship – this is almost a 1,400% increase over last year. The increases are across all risk tiers. As deferrals expire in the upcoming month, coupled with a high unemployment rate, lenders expect a large portion of these ‘hardships’ to become delinquencies.

According to the “Senior Loan Officer Opinion Survey on Bank Lending Practices” from the Federal Reserve, lenders started to tighten standards on auto loans during the first half of 2020. Recently released results from the second quarter showed a substantial increase in the number of banks that tightened their standards.

Gasoline prices reversed the May trend and then started to increase. Since their lowest point at the end of April, prices are up $0.41, to $2.18 per gallon last week, a three cents drop from the prior week, according to the U.S. Energy Information Administration.

The graph above compares Black Book’s Seasonally Adjusted Retention Index for the 2019 and 2020 calendar years. The Black Book Used Vehicle Retention Index is calculated using Black Book’s published Wholesale Average value on two- to six-year-old used vehicles, as a percent of original typically equipped MSRP. It is weighted based on registration volume and adjusted for seasonality, vehicle age, mileage, and condition. The Index offers an accurate, representative, and unbiased view of the strength of used vehicle market values. It measures an ‘apples-to-apples’ year-over-year retention comparison.

During the last recession (2007-2009), the Index declined by about 15 points in a span of 12 months before recovery started. We project that the Index will decline over the next five months after experiencing the summer’s strength. The graph below shows the historical trends in Black Book Retention Index that covers the last 15 years including the Great Recession.

The graph above shows a market level weighted average projected (dashed lines) and historical (solid line) wholesale values for all 2017 model year models. The green line represents our most-likely economic scenario, which does not include a possible second wave of COVID-19, as well as a still undefined second stimulus package. A more severe and prolonged recessionary scenario is shown in red.

The effects of the pandemic will continue to be felt out to 36 months from now. We project that values will return to the pre-COVID-19 baseline as used supply will decline due to cuts in retail and fleet sales throughout the remainder of 2020 and into 2021.

With the proliferation of ‘no-haggle pricing’ for used-vehicle retailing, asking prices accurately measure trends in the retail space.

Each week, members of the Black Book automotive analyst team, data science team and executive leadership team speak with no less than 30 dealers, along with buyer and seller representatives, wholesalers and others, who represent hundreds of franchise and independent dealers nationwide. These industry experts, along with experts we speak with from leading fleet management and rental car companies, auction leadership, and other industry experts, help to clarify and connect the dots between the wholesale and retail markets, adding to the insights that our data reveals.

Since the start of the pandemic, we have been observing different trends in both wholesale and retail prices (see graph below).

The graph below captures this retail / wholesale dynamic since the start of the year. Prices are indexed to the first week. The black line is Black Book’s Retention Index (not adjusted for seasonality). It is calculated using Black Book’s published Wholesale Average value on two- to six-year-old used vehicles, as a percent of original typically equipped MSRP. It is weighted based on registration volume and adjusted for vehicle age, mileage, and condition. The blue line is a retail index – average listing price of available retail inventory adjusted for mileage.

We still anticipate a significant reduction in US new vehicle sales in 2020 (both retail and fleet sales) due to continued reduction in consumer demand. This is the result of several ongoing factors, including less miles driven due to remote work and shelter-in-place initiatives, high unemployment, and an overall feeling of uncertainty by consumers.

Overall, new vehicle sales were down 21.5% during the first eight months of the year compared to last year (with a 19% YOY decline in July). The graph below shows our current projections for new vehicles sales for the remainder of 2020.

Our New Vehicle Sales Outlook was updated based on stronger than expected August sales numbers. Due to continuous production disruptions and much weaker demand due to the economic slow-down, we project a 22% drop (compared to pre-COVID-19 projections) in new sales in 2020 to 13.2mm units in our base economic scenario.

In the longer-term, we expect new sales volume to return to pre-COVID-19 levels within five years.

Black Book projects a higher than expected used vehicle supply in the wholesale marketplace for the rest of 2020 due to several factors:

When we started the year, lease returns were projected to hit a record volume of above 4.1 million units. Once the pandemic was underway and most manufacturing stopped, OEMs started to encourage lease extensions in order to push returns further into 2020, when they would be able to provide replacement vehicles. As a result, we project at least 560,000 additional units in the second part of 2020 (compared to the pre-COVID-19 estimates) due to a slowdown in sales in April / May, along with expected turn-ins of the lease extensions.

About 1.9 million vehicles were repossessed by lenders and sold (mostly) through wholesale channels in 2019. During the beginning of the pandemic, most states put a moratorium on auto repossessions and most lenders had deferral programs to help owners through the first several months of the recession. According to the American Financial Services Association, as of the end of September, only Maryland and Washington, DC still had a moratorium in place. Most of the lenders have ended their deferral programs. Our survey of lenders and automotive recovery companies suggest that the volume of repossessed vehicles will at least double in the next six months. We expect that there will be substantial challenges at every step of the process as recovery, transportation, and disposal are not fully recovered.

Business and leisure travel collapsed at the end of March – air travel is still down by more than 70% according to the TSA. We expect a significant reduction in both categories for the remainder of 2020. In addition, there is no expectation that travel will return to pre-COVID-19 levels over the next several years. According to the IATA (International Air Transport Association), air travel will not return to pre-COVID-19 levels until after 2023. This puts tremendous financial pressure on rental companies that rely on air travel to reduce both their current fleet and scrutinize future vehicle acquisitions.

At the end of May, Hertz filed for bankruptcy in North America as a result of the pandemic. Several weeks ago, Hertz was able to secure a deal with its lenders that allows a gradual reduction of fleet – over 182,000 units between June and December. In addition to Hertz, we expect other rental companies will continue to reduce their fleet during the fall months to match lower demand for rentals. This practice will lead to over 250,000 additional rental units hitting the wholesale market in the second half of 2020.

In the longer term (later 2021 – 2023), the drop in rental return volume will benefit the price of newer used units, as supply will be limited.

With the reduction in retail and fleet sales over the next several years, we project a substantial decrease of available used inventory in the years to come. The graph below illustrates the numbers of returned vehicles up to 8-years-old. This lower level of used inventory will be beneficial to used car prices as supply will be limited, helping to bolster valuations.

Read: A Much-Needed Alignment for Dealers and OEMs

As the semiconductor shortage slashes vehicle production, rental car companies are taking extreme measures to bolster their fleets. The businesses are buying used vehicles at auction.

The Cox Automotive Industry Insights team is forecasting a sales pace of 16.5 million in April, down from the surprise 17.7 million in March, but a healthy number nonetheless.

In addition, Quantum5 will acquire Dave’s successful Fixed Ops Mastermind and Vision and Values Coaching brands enabling him to carry on his vision.

Inventory levels continue to be tight, both in the new and used retail markets, as well as the wholesale market, further fueling the price required to source used inventory. 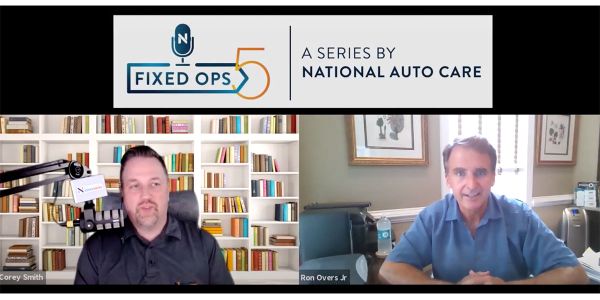 Fixed Ops 5 will focus on the customer experience in the service drive, profitability opportunities and fixed operation of dealerships.

This month, tens of millions of federal stimulus checks hit bank accounts across the country. If last year is any guide, many of those will wind up being used to buy powersports vehicles of one type or another. 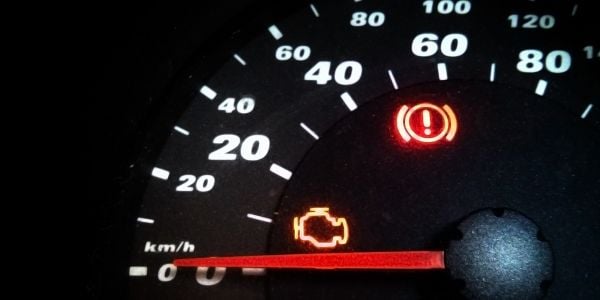