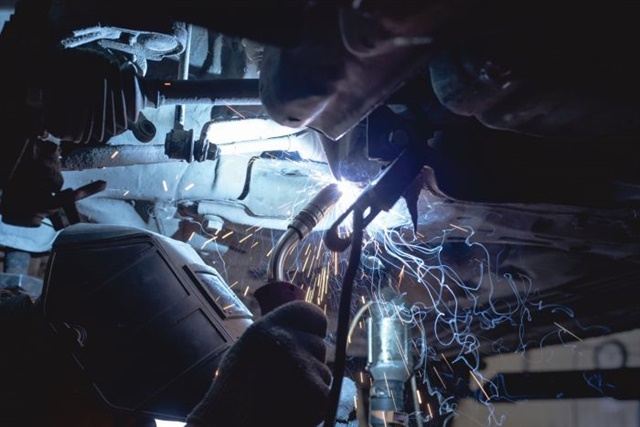 On March 22, after a five-day trial, a South Carolina Jury awarded two Shelby, N.C. residents, Roger Whitley and Daniel O’Shields, $6,645 in actual damages and $2,381,888 in punitive (or “deterrent”) damages against Midlands Honda in Columbia, S.C., for failure to disclose prior wreck damage to a 2003 Honda Civic bought by the plaintiffs at auction.

Whitley and O’Shields were “partners in the business of buying and selling automobiles and trucks.” After buying the Civic at auction, they sold it to a retail customer. But in the process of readying the car for delivery, the pair determined that the car had been badly damaged. Unwinding the sale of the car to their customer, they contacted Midlands Honda in an attempt to resolve the matter. When that didn’t work, they sued.

In their suit, they alleged that the Civic was a “clipped” car, meaning two cars have been damaged (one in the front, the other in the back) and the damaged half of each car cut off and the two undamaged halves welded together.

According to the plaintiffs’ complaint, Midlands Honda bought the Civic at a salvage auction and performed a Honda certified pre-owned inspection of it, discovering the damage. Evidently, at that point Midlands Honda decided not to seek redress through the auction.

According to the plaintiffs’ complaint, the car was then sold to a Midlands Honda customer without disclosure of the damage. The customer later discovered the damage and reported it to Midlands Honda. Midlands Honda would not refund the customer’s money. Instead, it required him to trade in the Civic on another car.

Midlands Honda then sent the car to Charlotte to be sold at a red-light auction. North Carolina has a damage disclosure law which requires certain information to be shown to a buyer. The form showed the car had not been wrecked or reconstructed. While the auction’s rules also require sellers to disclose prior unibody/frame damage, Midlands Honda did not do so.

Strike three, and Midlands Honda was “out” almost $2.4 million to the plaintiffs, in addition to its own lawyers’ fees and probably a significant amount of reputational damage!

If you are shaking your head wondering how inept (giving Midlands Honda a big benefit of the doubt) this dealer could be, piling mistake on mistake in dealing with this damaged car, I’m with you.

But is there a moral to this story other than “Don’t do dumb stuff”? In fact, I see a couple: First, look at the numbers. All this damage to Midlands Honda was over a car worth, most likely, an amount well south of $20,000. Stroking that check for more than $2 million, when the application of common sense would probably have resolved the matter at a loss of a couple thousand dollars, will be very painful.

Second, this is a big jury award, and it came in a lawsuit between dealers. Selling damaged cars as undamaged evidently seriously annoys jurors. Think how much larger the award might have been if the plaintiff in the case had been some innocent consumer. More zeroes, most likely.

So the next time you discover that one of those jewels in your inventory is paste, resist that urge to try to pass it off as real. Take your lumps, keep the $2.4 million in your pocket and live to fight another day.