ATLANTA – The auto industry has seen drastic shifts in product offerings over the last decade, ranging from the rise in alternative-fuel options to updated infotainment systems, advanced safety technology standards, and all-new, innovative vehicle segments. As we look to 2020, the editors at Autotrader highlight the vehicles that made the most impact over the past 10 years.

“Over the past decade, technological advancements and changing consumer preferences forced automakers to adapt their lineups to introduce all-new and revamped vehicles.”

“Over the past decade, technological advancements and changing consumer preferences forced automakers to adapt their lineups to introduce all-new and revamped vehicles,” said Brian Moody, executive editor for Autotrader. “Ranging from electric powertrains and ultramodern designs, to newly remodeled classics, all of these vehicles pioneered their segments and defined the last 10 years in the auto industry.”

15 Best Cars of the Past Decade

Taking the world by storm at the beginning of the decade as the first viable mass-market electric luxury car, consumers quickly relied on the Model S for everything from running around-town errands to road-trip duty. A big perk is Tesla’s Autopilot feature; while it isn’t a fully self-driving system, it is among the most advanced autonomous technologies in the industry.

The Leaf was the first affordable electric car to target the masses. Coming in a convenient compact hatchback body style that made it more practical than most EVs that preceded it, the Leaf set the standard for economical electric vehicles, and the rest of the industry soon would follow suit.

As the hybrid-electric segment was growing quickly, the Prius faced new competition and therefore needed to deliver improvements. The third-generation Prius was more aerodynamic than the previous model and included a bigger engine and rear disc brakes.

After years of teasers, concepts and anticipation, Acura finally released the second-generation NSX for the 2017 model year with a price tag that is hardly as relevant to everyday buyers as the other vehicles on this list. The NSX's performance delivers with impeccable handling from its sophisticated AWD system and a combined output coming in at 573 horsepower, which translates to a 0-to-60 mph time of just 3.0 seconds flat and a top speed of 191 mph.

After the Miata made its debut in the 1990 model year, Mazda has stuck to the same general winning formula throughout the years. The fourth-generation Miata still offers the same driving experience as the original, albeit in a much more refined and polished package. No other vehicle will put a smile on your face quite like the Miata.

The Toyota RAV4 perfectly represented the changing tides of Americans’ automotive preferences when it took over as the best-selling vehicle in the U.S. in 2017. With a spacious cabin, good cargo volume, great efficiency and industry-leading reliability, it doesn’t appear that the RAV4 will have its crown stolen anytime soon.

Today Genesis is a full-fledged luxury nameplate with entrants in the compact, midsize and full-size segments. With potent powertrains, refined cabins, great performance and the best warranties in the industry, the Genesis brand deserves a spot on the shopping list of any luxury buyer.

The Kia Telluride arguably is the best execution of the 3-row crossover formula, featuring an extremely attractive, chiseled, boxy design that undoubtedly appeals to moms and dads who grew up with SUVs in the 1980s and 1990s. When it comes to the family crossover segment, the Telluride stands firmly above the competition.

The sixth-generation Mustang, which was released in the 2015 model year, is downright impressive.

There's also an all-new 4-cylinder model that offers impressive power and efficiency, turning the Mustang from a snarling muscle car to a fun, lightweight autocross champ. To finish off the decade, Ford introduced the all-electric Mustang Mach-E, signaling an extension of the Mustang brand into an entirely new and different segment. Needless to say, now there is a Mustang for just about anyone.

Ford took a big risk when it introduced the Raptor 10 years ago, and the competition has yet to catch up, leaving it without a bona fide rival to this day. Heading into the new decade, Ford is rumored to be releasing a Raptor powered by the supercharged 5.2-liter V8 found in the new Mustang GT500. (As if this thing wasn't already crazy enough!)

Porsche’s baby SUV, the compact Macan, debuted in the U.S. as a 2015 model and quickly became the most popular vehicle in the company’s lineup. Offering a variety of potent engines and endless customization options, the Macan may not be shaped like a traditional Porsche, but sit behind the wheel and one thing becomes clear: It’s a real Porsche.

The Pacifica adds a bit of luxury that’s missing in the other, more traditional minivan offerings. It presents loads of family-friendly features, including clever seating that folds flat into the cargo floor, all at a great value.

Until this past year, Jeep hadn’t offered a pickup truck since the discontinuation of the Comanche in the 1990s. This all changed in 2019 when the company introduced the all-new Gladiator, based heavily on the JL Wrangler. Like the Wrangler, the Gladiator offers removable doors, and your choice of either a canvas soft top or a plastic composite hardtop, both of which also are removable. Just like there's no other SUV like the Wrangler, there's no other pickup like the Gladiator.

The redesigned XC90 3-row SUV debuted in the 2015 model year and is the perfect example of a modern vehicle primed for the future. It has a range of turbocharged, supercharged and electrified 4-cylinder engines and offers good efficiency, a modern, minimalist interior, loads of connectivity and safety features, and unique Scandinavian elements like an available wool interior.

In lieu of redesign, Dodge has taken to introducing massively powerful versions of its two RWD cars under its Hellcat sub-brand, all of which pack a supercharged 6.2-liter Hemi V8 producing a whopping 707 hp and 650 lb-ft of torque. Does anyone need all that power? Absolutely not, but the sheer ridiculousness of the Hellcat-badged Dodge models is how the brand managed to stay relevant through the 2010s.

To learn more about the 15 Best Cars of the Past Decade from Autotrader, click here.

Read: The Creation of the Alliance for Automotive Innovation 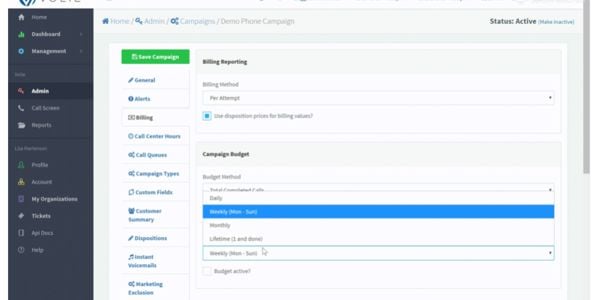 Automotive BDC software allows dealers to get the productivity of an outsourced call center allowing three people to do the work of ten. 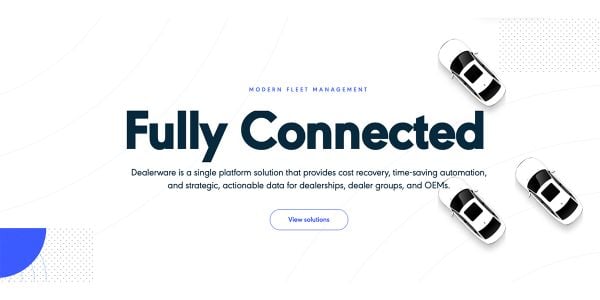